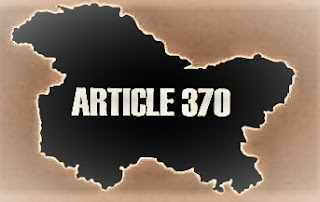 Through a tweet ‘as the new  MOS PMO says process/discussions to revoke article 370 have started.

That is a quick start. not sure who is talking. here we go’.

Article 370 of the Indian constitution is a temporary provision that grants permission to autonomous status to Jammu and Kashmir.

Then Under the part 21indian constitution which deals with temporary and transitional,

Then that the state of Jammu and Kashmir has accorded special status under the art370.

After that, All the provisions and the constitutions which are applicable to other states are not applicable to Jammu and Kashmir.

And here is the history of that what is article 370 at that time in 1947 a provision drafted by Sheikh Abdullah.

After that who had appointed prime minister of Jammu and Kashmir by king Hari Singh and Jawahar Lal Nehru?

Then Abdulla argued that art 370 shouldn’t be placed under temporary provisions of the constitutions of India.

But At that time Abdullah wanted ‘iron-clad autonomy’ for the state. that which did not comply.